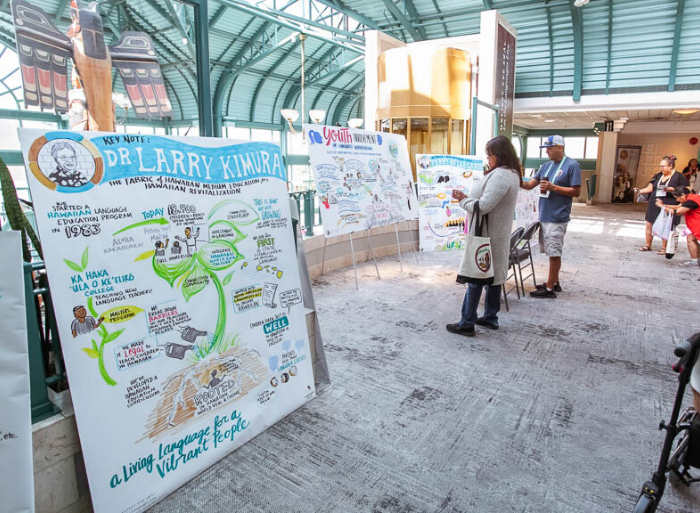 The UN declared 2019 the International Year of Indigenous Languages to raise awareness of endangered languages, and establish a link between language, development, peace, and reconciliation. In observance of this declaration, the First Peoples’ Cultural Council based in British Columbia set out to create a barrier-free international gathering of people, culture, and language and appointed ConnectSeven Group (C7) as the Event Management firm to bring it all to life. The event is nominated in the 2020 Canadian Event Awards for Best Conference.

This unprecedented, and inspiring event hosted over 1000 Indigenous language experts from over 20 countries and more than 100 speakers. Many attendees had never travelled before, and many speakers were the very last speaker of their language with the threat of language extinction if their knowledge is not absorbed. Speakers included notable leaders such as the National Chief, Perry Bellegarde, Chief Dr. Willie Littlechild, and a message from His Royal Highness, The Prince of Wales, on behalf of the Prince’s Trust of Canada.  Sessions were presented in 23 languages; with many being translated live through simultaneous translation in French, Spanish, American Sign Language, and available globally via webcast. To ensure income was not a barrier to attend, FPCC provided travel grants and C7 coordinated travel, accommodation, and VISA applications for those who could not on their own. Travel logistics included six sold-out hotel blocks, daily shuttles, and flight and ferry arrangements during the peak of Victoria’s peak summer tourism season. The diverse program focused on the 5 main themes of the conference:

In addition to the educational program, there were 10 language revitalization exhibitors and 40 artists who participated in the “Vendor Fair”  selling authentic and traditional, hand-made Indigenous art and goods to attendees and the public.

C7 faced challenges that would test the skills of even the best planners. From ensuring that the Indigenous traditions and culture were celebrated, respected, and prevalent among the crowds to customizing the menus to include traditional Indigenous spices, ingredients, and nutrients for over 1000 people. To help manage this they collaborated with Kitchens of Distinction Executive Private Chef Shirley Lang, a renowned Indigenous chef to consult with the venue on creating a custom menu with items sourced from Indigenous suppliers. Name badges were another challenge. There is not a registration system that has the fonts for 34 Indigenous languages and seven language families. C7’s solution: a beautifully branded name badge that included their printed English name at the bottom with a large blank space for their traditional name to be handwritten. The name badges become an honourary piece of the conference- including a mention live from the stage from Ali keskitalo, Co-Chair of the UNESCO Year of Indigenous Language Steering Committee. The outcome of this event was a barrier-free event that educated, celebrated and honoured the culture and languages of Indigenous Peoples’. 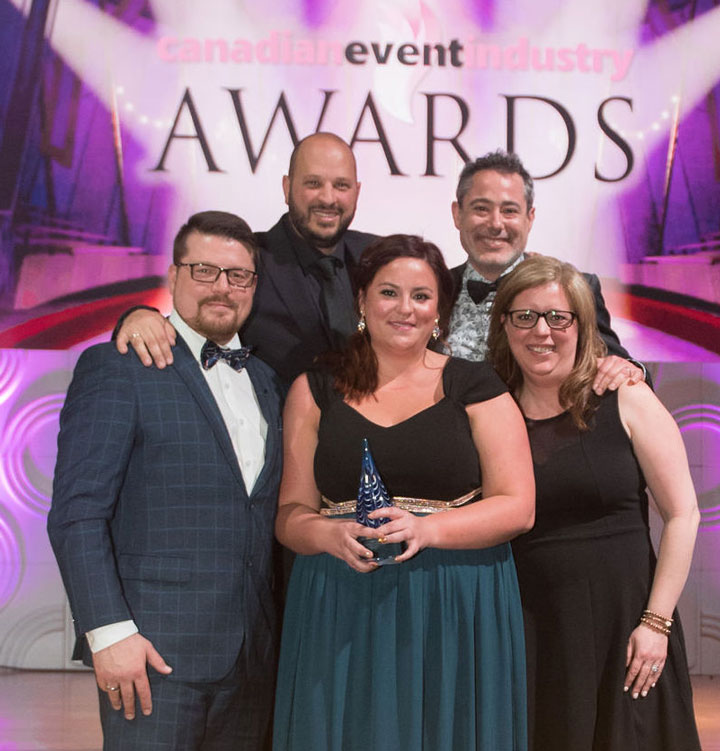